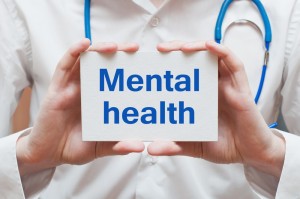 According to Dr. Pamela Wible, who recently gave a popular and well received TED talk at TEDMED, physician suicide is a rampant problem that should be addressed from the very first day of medical school.

Wible cited that other high stress professions – such as fire and police departments – foster a feeling of family with members who are entering; and that medical schools instead foster intense competition right from the start. When asked how she would personally change the medical school experience, she said that she would “welcome the new students home”, and set the stage that the students and professors at the school were family for the next several years. She related the importance of telling students that they are recognized for being top performers who worked hard to get into the school, and that everyone there was committed to supporting them, with personal cell phone numbers and panel discussions that frankly discussed the struggle, despair, loss and burnout inherent in the profession. Doing so, she says, will normalize the conversation of human needs and emotions.

The traditional physician in the United States feels exceptionally isolated, and that is perpetuated throughout their career.  The culture, Wible says, “glorifies self-neglect.”. The profession naturally attracts people who are wired to be helpers, and not ask for help; the phenomenon leaves people feeling as though they are individually defective, and the only one struggling. Wible reiterates that creating a culture of family, camaraderie and open communication will allow students – and later physicians – to discuss their stresses, ultimately to learn that they all have shared experiences and emotions that are healthy and normal, not an anomaly.

Wible says that hundreds of physicians die each year of suicide, leaving approximately one million patients behind. She spoke of personal experience that two of her friends from medical school had both killed themselves; and that the problem is truly an epidemic. According to Wible, no one is tracking the numbers of physician deaths by suicide; she also noted that there are many medical students who commit suicide under the pressure who were not being counted. The problem is troubling mostly for its seemingly simple solution – treating the community as a family, encouraging communication and normalizing assistance. She also suggested that some schools have gone to a pass-fail system. She states “Medical students are already in the top 1 percent of compassion, intelligence, and resilience in the country. How much more pressure do we need to put on these high-achieving people? Take the pressure off and let them enjoy the love of learning instead of just shoving all these multiple-choice tests that never end with medical minutiae that they are not going to use in the future.” Peer networking groups were also named as a solution.

Overall, the talk by Dr. Pam Wible was so warmly received because it gave a human face and solution to a very real – yet rarely discussed – problem prolific in the medical industry. Click here to see Dr. Wible’s talk at this year’s TEDMED.