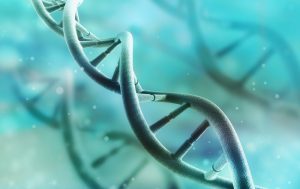 Researchers have identified the gene they now consider responsible for the onset of type 2 diabetes, inspiring optimism for treatments to prevent and hopefully reverse the condition. The disease, which accounts for the greatest number of diabetes cases, has an unknown cause. It is a progressive condition in which the body either fights the normal effects of insulin, or the pancreas loses its capacity to produce sufficient insulin.

The researchers from Flinders University in South Australia, led by cell physiologist Professor Damien Keating, worked in tandem with international research teams from the United States, Sweden, and the United Kingdom to taper the possible field of 5000 candidate genes to one, identified as RCAN1. The results of the study led by Professor Keating have been published in the international journal PLOS Genetics.

No currently available treatments for type 2 diabetes are directed at the primary cause of the condition, according to Keating. He points out that by identifying the problematic gene, it will be possible to test a series of drugs that target RCAN1 to determine if they can improve insulation secretion in type 2 diabetes. Keating detailed the study, explaining the cross-referencing approach which utilized genes from persons with Down syndrome. Individuals with Down syndrome are more apt to experience lower insulin secretion, mitochondrial dysfunction and increased oxidative stress in the insulin-producing beta cells of the pancreas; these conditions are also present in patients with Type-2 diabetes.

To pinpoint genes duplicated in Down syndrome that contribute to issues with insulin secretion, scientists screened the genes of four mouse models of the disorder – two had high blood sugar and two did not, with the variation enabling a short-list of 38 implicated genes to be identified. The scientists then compared it to genes over-expressed in beta cells from humans with type 2 diabetes. The result was a single gene, RCAN1, which, when then overexpressed in mice, caused abnormal mitochondria in beta cells, reduced cellular energy and diminished insulin secretion in the presence of high glucose.

“We don’t understand what changes in our pancreas or in our insulin secreting beta cells to cause that transition from just being insulin resistant and having metabolic syndrome to transitioning to full-blown type 2 diabetes, “ Keating said. “RCAN1 is now certainly a candidate now for that.”